The tragedy that struck Resorts World Manila (RWM) on June 2, 2017 that claimed the lives of 37 of its customers and employees was caused by Jesse Javier Carlos.

Carlos was a man whose life was ruined by his addiction to gambling. He lost his job as tax specialist of the Department of Finance, incurred debts amounting to P4 million, was forced to sell his SUV and real estate property in the province and suffered marital problems.

Pressured perhaps with all the mess he got himself into, Carlos vented his anger on RWM where he burned gaming tables and fired shots in the ceiling before taking his own life.

But this could have all been prevented if RWM had not been negligent in stopping a man in combat attire with an assault rifle from entering the premises.

A probe by the Philippine National Police-Supervisory Office for Security and Investigation Agencies (PNP-SOSIA) revealed the faults of NC Lanting Security Specialists Agency that handled the security for RWM.

Only one unarmed female security guard was posted at the entrance where there should have been a pair, a male and a female, due to gender sensitivity among patrons. The guard asked Carlos to go through the metal detector but was scared the moment he stared at her.

There was only one guard tasked to do the rounds of the building’s second, third and fourth floors. Apart from this, no guards were posted to check on the people who wanted to use the elevator after 7 p.m.

And despite the fact that NC Lanting had been handling the security for RWM since 2009, they clearly have no plans prepared in case there was an assault on the premises.

Remember, the tragedy occurred at a time when Metro Manila has been on a high security alert status due to reports that groups linked to the Islamic State of Iraq and Syria (ISIS) would try to attack the capital to distract the government from its focus on Marawi.

The administration would appear remiss if it fails to give justice to the 37 victims killed in the attack especially if their deaths were proven due to negligence on the part of RWM.

And Firing Line believes that branding the assault as an act of terror would actually be doing RWM a favor since it would cover up whatever negligence they should account for.

SHORT BURSTS. For comments or reactions, email [email protected] or tweet @Side_View. Read current and past issues of this column at http://www.tempo.com.ph/category/opinion/firing-line/ (Robert B. Roque, Jr.) 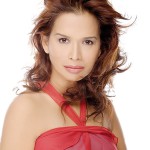