Ilocos Norte Rep. Rodolfo Fariñas, the majority leader, scoffed at the RWM security measures that failed to track down and disarm the lone suspect.

This despite 250 security personnel scattered at the hotel and its premises and modern closed circuit television (CCTV) cameras installed in all areas, Fariñas added.

Lawmakers, led by Speaker Pantaleon Alvarez, also questioned the preparedness of security personnel, citing a footage which showed one of them, wearing slippers, fleeing at the sight of Carlos at the stairwell.

“He merely took a better position and engaged the gunman in firefight,” said Gomez.

During the hearing RWM officials, led by president Kingson Sian and chief operating officer Stephen James Reilly, insisted that security personnel were able to address the attack and minimize the loss of lives.

Gomez, whose credentials and competence were questioned by House members, said it was his men who engaged and wounded the 42-year-old suspect in a shootout.

For his part, Sian stressed that while 37 persons died, they were able to evacuate at least 12,100 guests and personnel to safety during the incident.

The RWM executive clarified that the 37 victims who died of suffocation were trapped inside the VIP room apparently fearing that there was an ongoing terror attack being carried out by more than one person.

According to Sian, the suspect left bullets at the burning tables which exploded, thus, creating an impression among the victims that terrorists were waiting at the casino area.

At least 30 resources persons were invited in the inquiry.

Andrea Domingo, chairperson of the Philippine Gaming Corporation (PAGCOR), said that punitive measures are being studied against RWM for grave lapses in security.

Domingo disclosed that RWM failed to submit additional security plan that had been asked all casino operators on May 24 “in the light of the terror activities in Mindanao.”

“They did not listen to our security advisory which they are supposed to follow in accordance with their provisional license,” said Domingo.

Tambunting said the congressional probe is aimed at determining what policies should be carried out to improve security plans of government agencies and private establishments.

He added that the legislative inquiry also seeks to address the worsening gambling addiction that threaten Filipino families.

Director Oscar Albayalde of the Philippine National Police National Capital Region Police Office (PNP-NCRPO) assured lawmakers that the lone gunman in the incident did not act to sow terror.

“As of this time, I can assure these committees that we have not unearthed any information whatsoever, that he is connected in any terror group or involved in any terror attack,” said Albayalde.

On motion by Quezon City Rep. Winston Castelo, the joint panel directed the RWM to submit all raw footages of the incident.

Castelo noted that the video clips provided during the hearing did not represent a full appreciation of the incident, saying that there was a possibility that CCTV footages might be spliced. (BEN ROSARIO) 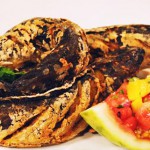