THE residents around Fukushima No. 1 nuclear power plant in Japan were forced out of their hometowns due to the radioactive fallout from the March 2011 triple meltdowns after it was struck by an earthquake and tsunami.

The Japan government has been moving to lift its evacuation orders issued to areas once designated as no-go zones around the plant where the level of radioactive pollution is deemed to have declined to acceptable levels through decontamination efforts. The lifting of the evacuation orders in parts of the Fukushima towns of Namie, Tomioka, and Kawamata and Iitate village this April paves the way for the return of about 32,000 former residents.

Beyond radiation risks, an unexpected nuisance looms for about 900 residents who have returned to their homes vacated six years ago – wild boars.

Wild boar along with raccoon have been taking over villages and settled comfortably in abandoned homes using them as breeding places or burrows.

After people left, wild animals began coming down from the mountains. They found the place comfortable with plenty of food and water, and no one coming after them. The present generation of wild animals here who were not born in the mountains reportedly lost their shyness to humans. A massive wild boar weighing about 100 kg roams on a street in deserted residential area and groups of monkey have been seen on the roof of houses. A fox just appeared and walked around among the crowd of people in a town event. Masked palm civets live in vacant houses.

The statistics show that in the three years since 2014, the number of boars killed in hunts has grown to 13,000 from 3,000. The boars’ voracious appetite and prolific breeding has led to an indeterminate number of animals.
(To be continued) (Floro Mercene) 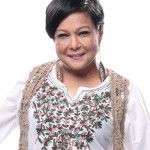