Bureau of Customs (BoC) agents have intercepted some P3 million worth of smuggled car and motorcycles at the Manila International Container Port (MICP).

Deputy Commissioner Ariel Nepomuceno of the BoC – Enforcement Group said the shipment was misdeclared as household goods and personal effects.

The vehicles arrived at the MICP on April 28 from Oakland on board Cosco Thailand V-50. However, it was discovered as smuggled shipment Friday, according to Nepomuceno. It was consigned to Efrell B. Lopez.

Deputy Commissioner Gerardo Gambala, head of the Command Center, issued an alert order against the shipment.

The cargo was declared as 170 packages of household goods and personal effects. However, a used Mitsubishi-3000 GT car, used Honda CB 900, Yamaha and Kawasaki Ltd. 550 motorcycles were discovered in the cargo.

Nepomuceno said the shipment was filed under informal entry and vehicles have no import permit from the Department of Trade and Industry-Bureau of Import Service.

The X-Ray Inspection Project (XIP) Team, on the other hand, said the undeclared items constitute “a prima facie evidence of smuggling.”

Customs Commissioner Nicanor Faeldon said the BoC will issue a Warrant of Seizure and Detention for the shipment.

The consignee will be charged with violating the Customs Modernization and Tariff Act in relation to Executive Order 156 which prohibits the importation of used motor vehicles.

“I have sent a lot of warnings to all unscrupulous traders in our country to stop and obey the law but they won’t listen,” Faeldon said.

The Customs commissioner said the vehicles will remain under the custody of the BoC pending further investigation. (Betheena Kae Unite) 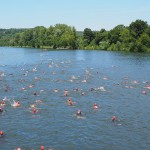