James Yap continued his rise on the PBA’s career scoring chart even as he is getting closer towards achieving what only 13 men had done in the league’s 42-year history.


The two-time Most Valuable Player scored 15 points in Rain or Shine’s stunning 118-112 victory over Barangay Ginebra San Miguel in Friday’s Commissioner’s Cup game at the Cuneta Astrodome, surpassing Freddie Hubalde for 14th on the all-time list.

His output in that contest put Yap at 9,929 for his career. Yap needs just 71 to join the 10,000-point club, a feat that would etch his status as one of the PBA’s greatest players.

Yap’s chances of getting that mark this conference is doable, provided Rain or Shine goes on a deep run in the playoffs. However, Yap is more concerned of helping the Elasto Painters secure victories than scoring as many points as he would like to.

At 5-4, Rain or Shine is eager to win its final two games of the Commissioner’s Cup eliminations and gain a favorable seed in the playoffs.

That doesn’t mean, however, that Yap won’t eventually sit down and reflect on that impending milestone.

He has done almost everything since turning pro in 2004. Yap was the PBA’s best in 2006 and 2010, have played in numerous All-Star Games and won multiple championships including a Grand Slam for the Tim Cone-mentored San Mig Super Coffee Mixers in 2014.

Reaching 10,000 would make Yap the first since 2001 when Jerry Codiñera, also a Purefoods legend, did as a member of the Mobiline Phone Pals.

Among those in the club are some of the most popular players in PBA history – Ramon Fernandez (the all-time leader at nearly 19,000), Alvin Patrimonio, Atoy Co, Allan Caidic and Robert Jaworski. 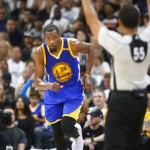