“Like all Filipinos, I love my country and I hope for a better Philippines. With or without a crown, I will continue to show my love for the nation by discussing issues that affect us. I apologize to anyone who was offended as it was not my intention to do so. I wish Asec Mocha Uson success in her job. Moving forward, I will use this title as a platform to promote unity for the country. #AnythingAndEverythingForThePhilippines,” said De Leon on Twitter.

De Leon has earlier opposed to the appointment of Uson saying that there are other qualified persons for the position.

“Biased and disrespectful. She insults those who are against her. I’m not for her, I’m not for the other side (whatever that may be). I love my country so it breaks my heart to know someone like her got a position in the government,” the beauty queen said.

De Leon, 23, was then bashed by supporters of Uson for her political views.

Uson took it as constructive criticism as she vowed to do better in her new Palace duties.

De Leon then ended the issue involving her reaction to Uson’s appointment.

“It proves that we can accept each other’s opinions & differences and still let peace, democracy, and love for country prevail. It is done,” the beauty queen from Las Piñas said.

Despite this, De Leon vowed to remain vocal about controversial issues.

“I’m proud to wear the sash that says ‘Philippines’ but I hope that change will come. And I hope that I can use my voice and my platform to be part of that change,” De Leon wrote on Twitter.

De Leon will represent the Philippines in the Miss International 2017 beauty pageant in Japan later this year. 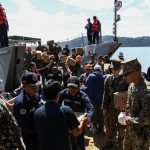 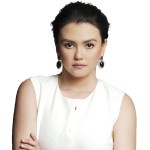