Though he seemed pleased with the way Gilas countered the game plan of Malaysia, coach Chot Reyes could still not give a seamless judgment of their performance despite a 106-51 rout of the Malaysians in the ongoing SEABA championship Sunday night at the Smart Araneta Coliseum.

Reyes made mention of his team’s need to move the ball around more though he lauded his wards on the way they managed the deliberately slow pace of the Malaysians.

“I thought on offense we still had a lot of opportunities to make an extra pass to make an easy play and there were still some instances that we were not doing that,” said Reyes “They held on to the ball to keep the score low and basically get attacking around 10 or 8 second mark of the shot clock. It was key for us to be patient and disciplined in defending this team.”

Naturalized center Andray Blatche and PBA sophomore Troy Rosario topscored for Gilas with 13 points apiece in a game where the Nationals’ patience was put to test.

Reyes though appeared unenthused with those antics despite the crowd going gaga over each exciting play.

“We still have to know how to whip the ball around quicker and faster. But again this team is a work in progress. That’s going to come with time,” added Reyes.

Gilas will take a break Monday before returning to action Tuesday night against the once-beaten Thailand.

Wuysang, the 38-year-old star guard for the CLS Knights Surabaya of the Indonesian Basketball League, hit the game-winner with 11.1 seconds left to put the Indonesians in a share of the lead with Gilas. 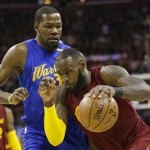 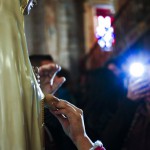