The Duterte administration has rolled out a strategy of launching a massive infrastructure program which his economic planners believe will be the linch pin to a sustained and inclusive growth.

We don’t have to be nobel laureates to appreciate that. Question is: how do we fund this ambitious program?

Secretary Carlos Dominguez, who quarterbacks the Duterte economic team, has drawn a financial roadmap which, hopefully, will produce the desired robust revenue inflows.

“The objective is to reform our tax system so that it becomes fairer, simpler and more efficient.”

This he intends to achieve through a combination of tax reform measures (of course with the help of Congress) and improvements on the ease of doing business through more efficient and responsive governance.

2. Expand the VAT base by reducing the number of exceptions to the tax.

3. Adjust the excise taxes on petroleum.

Dominguez explains that lowering the tax base will greatly benefit the mass of wage workers who will consequently benefit from increased disposable income. It will also make our companies more competitive.

Directly under Dominguez are the Bureau of Internal Revenue and the Bureau of Customs which are the two principal national collecting agencies. The BIR collects three quarters of national revenue while the BOC collects one-fourth.

To the BIR, Dominguez has given these marching orders:

“We have to grow our revenues faster. The current tax efforts among our neighbors run as high as 17 per cent. The first and last time we achieved that level was during the time of Commissioner Chato.

“You have to make sure that your tax collections are vigorous, that they are fair, and that they are done with no hint of corruption.

“Let us have cleaner, airier and more welcoming offices. Let the taxpayers breathe. You are collecting their money after all.

“Simplify those confounding forms. There was time when former SGV Chair Gloria Climaco filled out her own BIR forms.

Now she has to hire an accountant to do it.

“It is also time to hire younger and idealistic people in the service.”

To the BOC, which has consistently under-performed its revenue targets, his marching orders appear much taller:

Address the huge discrepancy between the volume of imports reported by authorities and the figures actually reported by exporter-countries.

Dominguez explains that official 2014 records of the UN Comtrade World Export show a value gap of P1.8 trillion between the value of imports as reported locally as against the value of shipments by exporting countries.

It is estimated that we lose over P200 billion because of this anomaly.

Admittedly, closing the gap will take some doing.

Other proposed measures include the following:

With current available machines, only one out of ten container vans can be randomly inspected. Knowledge of this fact has emboldened smugglers.

Unfazed, Dominguez describes the task at hand as “huge but eminently achievable”.

Note: You may email us at [email protected] You may also “like” us on Facebook at “Speaking Out”.
(Atty. Ignacio R. Bunye)

More From: Speaking Out 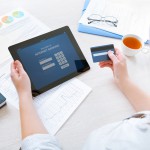