Gilas Pilipinas coach Chot Reyes considers the team he had assembled for the SEABA Championship as a good mix of young and experienced players who are versatile and flexible.

Reyes made this pronouncement after the 12-man roster for the May 12 to 18 competition was announced following the second game of the PBA All-Star Week in Lucena City that saw Gilas prevailing, 122-111.

Leading the team are reigning PBA Most Valuable Player June Mar Fajardo, two-time FIBA Asia Mythical Five member Jayson Castro and Japeth Aguilar. All three were part of the national teams that played in the 2013 and 2015 FIBA Asia, the 2014 FIBA World Cup and the 2016 Olympic Qualifying Tournament.

Naturalized player Andray Blatche, who has been with the team since the 2014 World Cup, is also part of the squad for the SEABA tourney that awards the champion a spot in the FIBA Asia Cup in Lebanon this August.

Reyes also named to the new Gilas squad 6-foot-7 forward Troy Rosario and 6-foot guard Terrence Romeo. This will be the third time for Romeo to be with Gilas while Rosario and Abueva are in their second stint with the national team.
Raymond Almazan, a 6-foot-8 forward/center, and 6-foot-4 shooter Allein Maliksi are the Gilas newcomers, joining PBA rookies in 5-foot-9 guard Jio Jalalon, 6-foot-2 guard Roger Pogoy and 6-foot-4 forward Matthew Wright.

“I didn’t want to call it the final 12 because this is just the SEABA 12. I told the players (that were now picked) to keep working hard because if we win SEABA, we have the FIBA Asia, and then the Southeast Asian Games and the World Cup qualifiers to look forward to,” said Reyes. 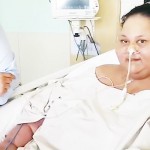