Metro Manila, Laguna and Ilocos Sur are set to host the opening weekend of the eight-team professional football league known as the Philippines Football League on May 6 and 7.

Kaya-Makati battles fancied Ceres-Negros in the league’s first-ever match at the University of Makati Field at 4 p.m. on May 6 before Stallion-Laguna hosts Meralco-Manila at 7 p.m. at the Biñan Football Stadium.

The following day, Ilocos United takes on Davao Aguilas in a battle of newly-formed teams in a 4 p.m. kickoff at the Quirino Stadium in Bantay, Ilocos Sur before JPV-Marikina faces Global-Cebu, tentatively set at the Marikina Sports Complex at 7 p.m.

The PFL was launched Friday evening at the Shangrila Hotel in Bonifacio Global City, Taguig after lengthy planning led by the Philippine Football Federation and its stakeholders. 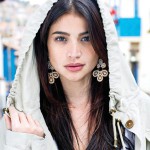