On the actor’s 15th death anniversary last March 29, Barretto posted on Instagram a series of items which she kept for years even Yan had passed away.

On IG, the actress posted an image of a blanket which the actor used and a necklace of her former boyfriend.

But Barretto said that she is ready to let go some of the things owned by Yan, as decided also by the actor’s sister Tina Marie Yan.

“@tinamarieyan & I thought its time to let go of some of his things/clothes. We will be transferring in a few months & I’ve to get rid of so much things ko. Ayaw ng mommy ko magdala ng clutter pa sa lilipatan,” Barretto wrote.

This wasn’t the first time Barretto reminisced the good times with Yan.

“Tonight, after 14 years, I will be staying in LPL. The pain is so strong, I’m afraid it may knock me down. But I have to face tonight without you. Too many memories that are so clear like it was just yesterday. Just you & me,” she said.

“Tonight, with my kids. (It’s their) first time to ever step foot in our home. Feels surreal. Help me do this with grace, maybe a lot of tears, but help me get through this with a smile,” Barretto added.

In January 2016, Barretto shared to her fans two hand-written love letters from Yan. She explained then why she posted the love letters.

“So as of now I’m more open and may freedom ako to do whatever is what I want to do with whatever it is with Rico na hindi ko nagawa dati (that I was not able to do before),” said Barretto.

Now 37 years old, Barretto was married to actor Raymart Santiago in 2006. But their marriage was annulled in 2013.

They have two children.

Barretto and Yan first teamed up in the movie “Radio Romance” in 1996. It was on this film that they first met.

That time Barretto was still involved with actor Mark Anthony Fernandez while Yan was dating a non-showbiz girl.

Barretto and Yan became closer when they appeared on the movie “Dahil Mahal Na Mahal Kita.” Since then, they started dating and fell in love, according to television host Boy Abunda.

In one of their anniversaries, Barretto said that she would never forget the gigantic television set which Yan gave her.

Production staff members could attest to the sweetness of the two stars.

It was on Good Friday, March 29, 2002, when the country was shocked with the sudden death of Yan, then 27 years old.
Police said that Yan was found dead by his friend actor Dominic Ochoa inside his hotel room at the Dos Palmas Resort in Puetro Princesa in Palawan.

Autopsy showed that Yan suffered cardiac arrest caused by acute hemorrhagic pacreatitis while he was asleep.

Ochoa said that he and other friends went to a party on Thursday night. Then they returned to their cottage around 2 a.m. Friday.

Ochoa said he tried to wake up Yan around 9 a.m. but he was already lifeless.

Yan’s wake was held at the La Salle Greenhills in San Juan City. He was interred at the Manila Memorial Park in Paranaque City.

Yan grew up in a family of soldiers and businessmen. He is the son of Roberto Yan Sr and Teresita Castro Yan. He is also the grandson of former Ambassador Manuel Yan, who was a former Chief of Staff of the Armed Forces of the Philippines from 1968-1972.

Yan’s burial is said to be one of the Top 10 most attended funerals in the the country’s history.

At the time of his death, Yan was supposed to star in three other projects: a lead role in the movie sequel of “Moral,” a major role in the play “Sinta,” and a part in the Fernando Poe Jr. and Judy Ann Santos sequel of the film “Isusumbong Kita sa Tatay Ko.”

Fr. Tito Caluag, then Yan’s spiritual adviser prior to his death, said that the actor wanted to become president.

“Rico wanted to be a leader but never mentioned leadership because he only wanted to serve. He wanted to be like JFK who gave America a sense of pride and class, and inspired his people,” said Caluag. 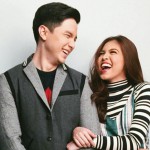 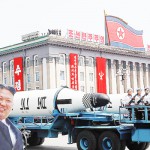