The defending champions collected 136 points at the Palos Rancho Verdes to reach the halfway point with 272 points.

Japanese Yuto Katsugawara, the 18-year-old reigning club champion, had a bad day on the greens but still salvaged even par worth 36 points.

He made only one birdie against a bogey.

Southwoods also leaned on Ira Alido and Liam Patrick Cully who each carded 34 points and drew 32 from either Aidric Chan and Jama Reyes.

Canlubang ran into trouble in the backnine and scored 133 points.

Rupert Zaragosa, Canlubang’s top player, picked up on the par-5, 12th hole after hitting out of bounds, but made pars the rest of the way to finish with 33 points.

Carlo Villaroman also had a pickup on the par-3, 11th on his way to 34 points and Marco Olives picked up on the par-4, 10th and followed it up with five bogeys against a single birdie for 30 points.

Canlubang’s top scorer was Gido Mandanas who scored an eagle on the par-5, 8th to return with 36 points. His round was marred by a pickup on the par-4, 7th.

Santiago Santos Jr. did not count with 24 points.

Southwoods captain Thirdy Escano thought they could have fared better at Palos, but was nevertheless satisfied with the results.

“We were expecting to score better, but the wind blew toward the end, and that made conditions difficult,” Escano said.

Escano said if they can protect their 14-point lead at the end of the third round Friday, the team would be hard to beat at Apo on Saturday.

“But we’re not taking anything for granted. I have high respect for Canlubang,” Escano said.

Del Monte and Luisita, the other teams in the championship division, lagged behind with 238 and 232 points, respectively.

Jelbert Gamolo of Del Monte shot the day’s best round – a two-under 70 – that was equivalent to 38 points. He scattered four birdies against two bogeys.

But Del Monte ended the day with only 127 points. Other scorers were Julius Bautista 32, Arsenio Mondilla 30 and Arnido Callo 27.

Meanwhile, Orchard hung on to a four-point lead over charging Cebu Country Club in what’s shaping up as a five-horse race in the Founders division.

Orchard struggled with 116 points at the Apo Golf and Country Club for 239 total.

CCC got a big lift from Bayani Garcia’s 36 points to post 122 and 235 overall. Other scorers were Marc Gonzalez 31, Harvey Sytiongsa 28 and Andre Borromeo 27. 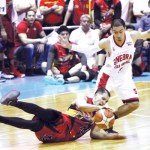 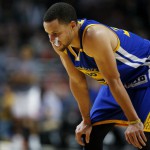