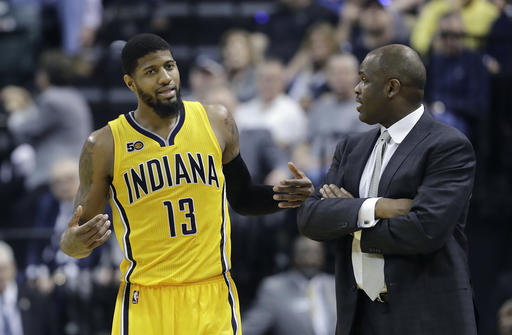 Paul George vowed to help deliver an NBA title to the Indiana Pacers but he obviously cannot do it alone. Hence, the Pacers are reportedly trying to address that need by offering their 2017 first-round pick via an NBA trade.

The Pacers were reportedly hesitant to give up the slot, aware that the upcoming 2017 NBA draft class is deep, ESPN reported. With six straight losses, the Pacers may have to make a move if they are to make the NBA postseason wars.

The Pacers are 29-28 in the Eastern Conference, good enough to occupy the sixth spot. The Chicago Bulls and the Detroit Pistons are not far behind and there are several teams like the Milwaukee Bucks and Miami Heat who could move up with a string of wins.

Aside from making a push for this year’s NBA wars, there is the matter of Paul George’s contract. The all-star forward can opt out after the 2017-18 season which means the plight of the Pacers from here could be pivotal. Any plans of contract extensions to the 26-year-old star may also hinge from the organization’s ability to add more quality players.

The Pacers did add Jeff Teague and Thaddeus Young via separate NBA trades this season. Their addition has not been reaping dividends so Indiana could be making a big move before the NBA trade deadline set which is on Thursday, Feb. 23.