MIAMI (AP) — It was 10:29 p.m. on Feb. 9, 2016. Miami was trailing San Antonio by 22 points late in the fourth quarter. Most fans had already left the building for the night. And Chris Bosh was walking to the Heat bench after committing a foul, knowing his night was over.

He has not played since.

He may never play again.

The anniversary that neither Miami nor Bosh are celebrating is here. Since Bosh hasn’t played for one year, the Heat can now begin the process of having his contract removed from their salary cap. Bosh still gets paid — $23.7 million this season, another $52.1 million over the next two years — but the perennial All-Star forward and part of two NBA championship teams with the Heat would not take up any of Miami’s cap space.

The conventional wisdom is that the Heat will not make such a move until they need the space, which may be weeks or months from now. If they know, they’re not saying. And if Bosh knows whether he can overcome the blood-clot problem that has overshadowed the last three seasons and play again, he’s not telling — he did not respond to an interview request, though he said last month that he is getting “a taste of retirement.”

“I miss him,” Heat forward and captain Udonis Haslem said. “I miss being around him in the locker room. C.B. really didn’t have a choice in this. The decision was made for him. I miss having him around. I miss his basketball knowledge. I miss his humor. I miss all of it.”

Bosh still has a spot in the locker room and his name on the roster. That’s the extent of his involvement with this Heat team, which has won its last 12 games after an 11-30 start to the season to get back into the Eastern Conference playoff race. Bosh hasn’t been attending games, doesn’t speak about the Heat on his social-media platforms, and no new details about his medical condition have emerged for months.

“We all miss him,” Heat guard Goran Dragic said.

Bosh failed a preseason physical in September, and the Heat said soon afterward that he was not going to be in their future plans. He first dealt with a blood clot at the All-Star break in February 2015, ending his season. And two nights after that Spurs game a year ago, Bosh went into a Toronto hospital with calf pain — only to find that was another clot problem.

“When you understand the severity of what a blood clot really is and the damage it can do, to have something like that not occur just once but twice, I don’t know the percentages of that but it can’t be very high,” said Haslem, who once dealt with a blood clot himself. “That’s scary.”

The scenario that likely awaits Bosh goes basically like this: The NBA and the National Basketball Players Association will agree on a physician, and Bosh will have to cooperate in the processing of the application and appear at the examination. After that, a determination will be made if Bosh’s condition merits being called career-ending.

Even if the Heat application is approved, that wouldn’t mean Bosh would be forbidden from playing again. If another team — it will not be Miami — clears him, Bosh could resume his career.

He said months ago that he wants to return, though it is unknown if that’s still the case.

“It’s tough for me to see him and his family go through this,” Dragic said. “I know how much he wants to come back, so hopefully he will be able to do that. He’s a brother. We battle for the same team. You don’t want to see something bad happen to one of your friends. He has a beautiful family. We enjoy playing basketball, but some stuff, it’s more important than basketball.” 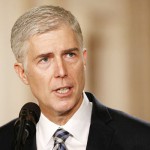