Malacañang is willing to hold a dialogue with a Filipino-American community leader implicated in the alleged ouster plot against President Duterte.

“If Ms Lewis has some issues with this government, why don’t she just come here and go back to Manila, go home to the Philippines. Malacañang is open to you. We can talk to you and tell us your beef against this government,” Andanar said in an interview with ANC television.

Lewis was among the personalities dragged in the leaked emails showing an alleged plot to remove the President in power. The anti-Duterte documents, uncovered by two bloggers and shared online, supposedly involved supporters of Vice President Leni Robredo.

The President is unperturbed by the ouster threat, and even wished his opponents “all the success.” Robredo on the other hand has denied involvement in the said plot.

Andanar said Lewis and other Filipino-Americans sharing her view should fly back to the country to help in nation-building instead of hurling negative opinions from the comforts of their homes abroad.

“Umuwi kayo ng Pilipinas and you do it here, harapan, wag n’yong gawin na talikuran and the same time relaxing in the comforts of your home in the United States, maybe somewhere. You have to be here,” he said.

“There are hundred million Filipinos in the Philippines who are going through and who are helping the President change this country. And if you cannot accept defeat that your candidate lost, then I’m sorry,” he said.
(Genalyn Kabiling) 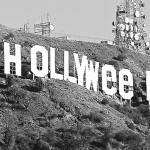 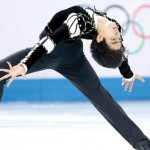