MAYOR Herbert Bautista of Quezon City has denied reports that he has reunited with actress-television Kris Aquino.

Rumors that Bautista and Aquino have reunited came after they were spotted dining in a restaurant together.

Aquino, 45, has previously said that she and Bautista were not getting back together.

The former presidential sister had a rollercoaster romance with Bautista, to the point that she even said “yes” to the marriage proposal of the city mayor.

They were supposed to make a movie for the Metro Manila Film Festival but Aquino backed out because of her tumultuous ties with the local official.

Bimby, 9, son of Aquino, said that his mother can have a boyfriend when he turns 13 years old, which is four years from now.

On her Instagram posts these days, Aquino focuses on managing her restaurants in various places in Metro Manila.

Aquino owns franchises for Chowking, Potato Corner, and Mang Inasal. Her son Bimby has come up with Nacho Bimby. 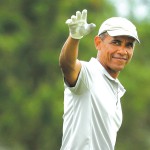