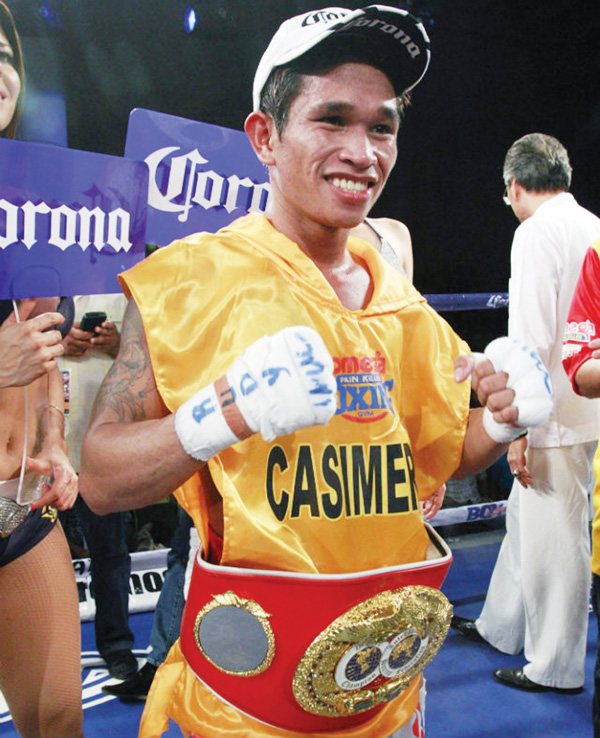 The trouble making the weight limit of 112 lbs and the desire to take on the marquee names have compelled Johnriel Casimero to relinquish the International Boxing Federation (IBF) flyweight crown.

Casimero, whose last fight was a knockout win over Charlie Edwards of England last September in London, has been having difficulties making 112.

But one thing that prompted Casimero to campaign at superfly (115 lbs) was the presence of the more established stars like Roman ‘Chocolatito’ Gonzalez of Nicaragua.

“To win my third title would be a great honor for me and put my name in with some of the best fighters my country has ever produced,” said Casimero, who had also won at light-fly (108 lbs).

If Casimero succeeds in winning the super-fly championship, he will become only the third Filipino to capture three or more titles in different divisions.

Manny Pacquiao is credited for winning eight while Nonito Donaire has won four.

Sampson Lewkowicz, who serves as Casimero’s promoter, believes the decision to leave flyweight will immediately pay off.

“He’s so strong and he keep growing. It is time for Johnriel to move up and secure his place in Philippine boxing history.”

Lewkowicz insists that if a Gonzalez fight can’t be arranged, an all-Filipino meeting with reigning IBF ruler Jerwin Ancajas could be another possibility.