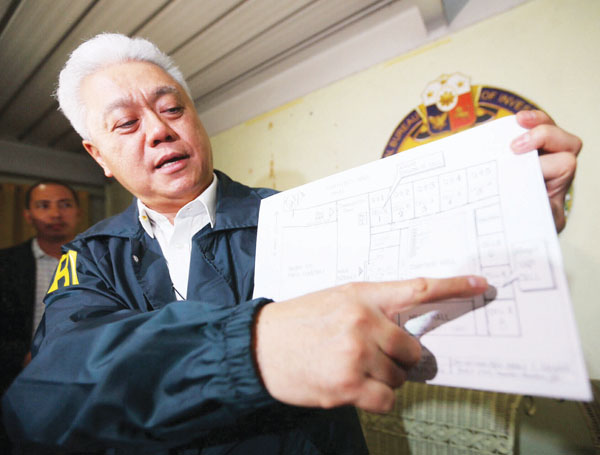 The National Bureau of Investigation (NBI) yesterday said Albuera, Leyte Mayor Rolando Espinosa was murdered by police operatives on Nov. 5 inside his cell at the Leyte sub-provincial jail in Baybay City.

“It was a rubout. We believed that there is a criminal intent. There was a conspiracy behind it,” NBI spokesman Ferdinand Lavin said during a press briefing yesterday. “The pieces of evidence and the forensic examinations conducted by the NBI had matched. We have a strong case.”

The NBI findings ran counter to police claim that Espinosa and Raul Yap, another detainee, were killed in a shootout.

The bureau also recommended the filing of perjury charges against Laraga, Abellanosa, and Paul Olendan, a civilian.

Based on the findings by NBI Region 8 director Jerry Abiera, the gun bursts heard from cell No. 1 where Espinosa was detained was not due to a shootout.

Abiera said an inmate, Donald Palermo, who was at cell No. 2, told NBI agents that prior to the killing, police officers entered the cell of Espinosa, turned off the lights then “simultaneously gunshots followed.”

NBI also revealed that a police officer positioned near cells No. 2 and 3, was seen signaling other operatives a thumbs down after the gunfire.

Palermo also claimed that he heard Espinosa was heard telling policemen not to plant evidence against him in local dialect.

After the “simultaneously gunshots,” a policeman, wearing gloves, was seen entering Espinosa’s cell with a firearm and left without it, according to the NBI findings.

Before the gunfire, other inmates on cell no. 7 were ordered to go out, leaving Yap.

A security camera footage that could have supplemented the findings was not obtained because the external drive where the footage was stored was missing, according to Lavin.

Abiera said that if there was a shootout, Espinosa could have fired at the door where the operatives were standing.

Police had claimed that upon entering, Espinosa fired shots at the operatives forcing them to retaliate.

It was also disclosed that a hair strand of Espinosa was found on the bullet hole no. 1.

Abiera also disclosed that the bullet wounds on Espinosa’s body suggest that he was shot from a distance of seven inches.

Laraga, Abellanosa, and Olendan were also charged for alleged lying under oath during court proceedings for the issuing of search warrant.

NBI debunked all of Olendan’s testimony which formed the basis for the issuance of a search warrant to Espinosa’s cell.

Olendan had testified that he saw Espinosa holding a gun while sitting on his bed and Raul Yap repacking shabu at cell no. 2 on Oct. 28.

But an “Oplan Galugad” was conducted on Oct. 30 which yielded nothing but mobile phones.

“It was, therefore, impossible for Espinosa and Yap to posses these firearms and illegal drugs inside their respective cells on the night of the supposed implementation of the search warrants,” the NBI stated.
(BETHEENA KAE UNITE) 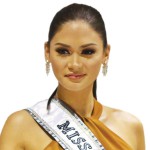