The Bureau of Customs has pledged to implement a “no-opening policy” of balikbayan boxes sent by Filipinos abroad to ensure their speedy release to their recipients this holiday season.

Balikbayan box senders, however, must still pay existing taxes until the Customs bureau completes the implementing rules and regulations of a new law on higher tax-exempt rates early next year.

“The committee handling the IRR is planning to finish it by the end of the year but siguro bigyan pa natin sila ng another one month. It’s safe to say by early next year, we are about to finalize the IRR,” Estrella said in a Palace press briefing. “Pending the IRR, kung ano ’yun existing natin, ’yun ang gagamitin natin basehan,” he added.

The Customs bureau has promised a hassle-free release of the balikbayan boxes sent by OFWs.

“Commissioner Nicanor Faeldon reminded all district collectors to follow the Bureau’s policy on ‘no opening’ of balikbayan boxes and to expedite the release and handling of these boxes,” Estrella said. “The commissioner highlights the importance of balikbayan boxes, which symbolizes the hardship of overseas Filipino workers and the love of Filipinos abroad to their families here in our country.” (Genalyn D. Kabiling) 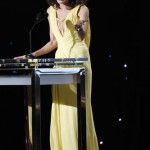