LOS ANGELES (AFP) – Lou Williams and Julius Randle scored 20 points each as the Los Angeles Lakers shocked Golden State 117-97 on Friday to give coach Luke Walton a big win in his first game against his former team.

Randle also pulled down a game-high 14 rebounds for the Lakers, who took full advantage of the shooting woes of Warriors superstar Stephen Curry.

Curry, the reigning two-time NBA Most Valuable Player, missed all 10 of his three-point attempts, ending his remarkable streak of 157 games with at least one three-pointer made.

D’Angelo Russell added 17 points and Larry Nance contributed 12 points and nine rebounds for the Lakers, who never trailed against the top offensive team in the league.

Kevin Durant scored 27 points, while Draymond Green had 16 points and nine rebounds for the Warriors, who were coming off an emotional blowout win over Durant’s former team, the Oklahoma City Thunder, on Thursday.

Durant stayed steady, scoring 20 or more points for the 70th consecutive regular-season game. That’s the longest run since Michael Jordan had a 69-game streak during the 1990-91 Season.

Curry finished with just 13 points, 11 assists and eight rebounds, while teammate Klay Thompson scored just 10 points – connecting on four of 18 from the floor and two of 10 from three-point range.

“Obviously for us it was nice that Steph and Klay went two for 20 from three (point range),” said Walton, a former assistant to Steve Kerr at Golden State who guided the Warriors early last season as Kerr recovered from spinal surgery complications.

But Walton also liked what he saw from his young players, including 26 assists and a 51-40 rebounding advantage. 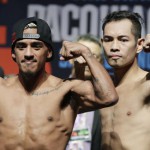