LAS VEGAS – Nonito Donaire reveals why he will emerge victorious Saturday night when he meets Jessie Magdaleno during the second defense of his World Boxing Organization super-bantamweight title underneath Manny Pacquiao’s headliner at the Thomas and Mack Center.

“I know all about Jessie Magdaleno,” said Donaire (37-3 with 24 KOs), citing that his new trainer, Cuban Ismael Salas, “used to train him (Magdaleno).”

Under Salas’ watchful eyes, Donaire insists that he has the 24-year-old Las Vegas native all figured out.

“Magdaleno will try a new approach in this fight but it is not going to work,” boasted Donaire, who is much older at 33 and more experienced.

“We are looking at an older Nonito in this fight. We are going right through him,” said Magdaleno, who is banking on new trainer Manny Robles to unmask the Filipino-American.

“We have the perfect battle plan and once we start hitting Nonito inside, he will become more wide open which will be better for me.”

“I am younger and hungrier and will win in my hometown,” added Magdaleno.

During his first defense in Cebu in the Philippines last April, Donaire hardly worked out a sweat in disposing of Zsolt Bedak of Hungary. 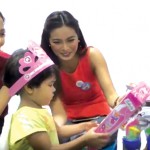