The revelations in the recently concluded investigation of the House of Representatives’ Committee on Justice on the proliferation of the illegal drug trade at the National Bilibid Prison (NBP) can lead to a clear conclusion that the sense of duty of government officials and employees in the said government agency is dead and such death caused the triumph of greed and selfishness.

Government officials and employees need to have a strong sense of duty for government to function and perform as it should. People in government need to fully assume the duty of serving the public interest and not sacrifice the same especially for personal interests.

When prison guards do not have that sense of duty, they will allow all criminal activities to happen at the NPB for mere “thirty pieces of silver.” The management concepts of supervision and control are useless when those who are supposed to manage or supervise the guards sell their sense of duty as well for more pieces of silver.

If the testimonies of the resource persons or witnesses in the House Committee on Justice probe are true, no sense of duty has a chance of surviving in the NBP when the prison superintendent, the Bureau of Corrections Director, and the Secretary of Justice abandon the public interest in favor of their personal interests.

The abandonment of sense of duty is worst for law enforcers. This means that they do not just fail to enforce laws but they themselves participate in the violation of laws.

The greatest service the Duterte Administration can render for the Filipino people is to cleanse the government with those who no longer have and value their sense of duty, particularly those who betray the people by using powers entrusted to them in burying the public interest so that their personal interests will flourish.

The Duterte Administration vowed to have a clean government. As no government will be a genuine government unless it is clean, we hope that “cleanliness” in our government will be defined and measured in the context of how alive is the sense of duty in all government personnel. (Dr. Ramon Ricardo A. Roque, CESOI, Diplomate) 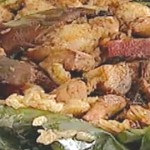