DAVAO CITY – A well-known forensic pathologist got the ire of Presidential daughter Sara Z. Duterte for a tweet that made rounds online about her pregnancy.

“Too early to rejoice over 7weeker lalo na triplets. Wait for delivery and spare oneself from heartache,” Fortun tweeted.

However, the tweet also hinted that it was a “PR for Lolo?” referring to President Rodrigo R. Duterte.

This got the ire of the feisty lady mayor Duterte.

Mayor Duterte reminded the doctor publicly that the released PR was an explanation for her absence during this week’s Kadayawan Festival.

“And when I do get the heartache, it will still be a media blitz and when we defy the odds it will be a PR fiesta and you will still be Miss Bittermelon.”

Duterte insinuated that Fortun is simply not a fan of her father that led the pathologist to comment of the pregnancy.

“Problema sa imuha Miss kay di ka ganahan sa Lolo manunglo ka sa mga gisabak, 3 baya ni, buot pasabot ang gaba ani katulohon pud (The problem with you, miss, is since you don’t like the grandfather, you threaten the infants. There are three. This means that karma will come three-fold)” she said.

“Turn off your twitter, do your work, mind your own business and spare yourself the heartache,” Duterte added.

“Came frm work havent read everything on my TL yet. I never doubted ur pregnancy Mayor Duterte I do wish you well. Had 2 miscarriages myself,” Fortun said.

In another tweet, Fortun implied she lamented the attention she received. “There was a time when people were more discerning abt what’s personal and public. But what do I know I’m not celeb.” (YAS D. OCAMPO) 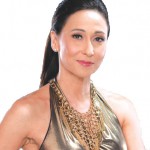