In a video message to an anti-death penalty congress in Norway, Francis declared: “The commandment ‘Thou shalt not kill’ has absolute value and applies both to the innocent and to the guilty.”

Francis has gone beyond his predecessors and traditional Catholic teaching in saying there is simply no justification for the death penalty today.

He said Tuesday that rather than rendering justice, it fosters vengeance. Church teaching allows for recourse to capital punishment when it is the only way to defend lives “effectively” against an aggressor. Francis said:

“It must not be forgotten that the inviolable and God-given right to life also belongs to the criminal.” 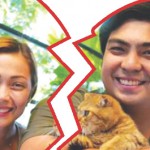