The passengers, who remained missing as of yesterday, are Pinky Buzon, 17; and Jaime Navarro, 54, both residents of Barangay Marcos, Magallanes town.

Police learned that pumpboat MBCA Jay 2 sank as the boat captain made a U-turn to duck at the port, causing its engine to stop and the water rapidly filled its rear portion.

As of this posting, search and rescue operations for the two missing persons were still ongoing within the mouth of giant Agusan river and Butuan Bay. 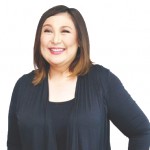