There is a “slim chance” that Manny Pacquiao might end up capping the year with a comeback fight in late-November.

Hall of Fame promoter Bob Arum hinted yesterday that could very well be possible assuming Pacquiao, who is recovering from a right shoulder operation to repair a torn rotator cuff, recovers fast from the injury he sustained against Floyd Mayweather last May 2 in Las Vegas.

“I am not a doctor but some people recover fast and rehab faster than others,” said the 83-year-old Arum from Los Angeles.

Arum would certainly be pleased if Pacquiao’s doctors discover that the 36-year-old Filipino is recovering well and fast.

Initially, when Pacquiao came out of the operating room in Los Angeles on May 6, doctors ruled him out of action for the rest of the year and that the earliest possible date for his much-awaited ring return will be in April 2016.

Before reinjuring his right shoulder, there were already talks circulating that Pacquiao would face Mayweather in a rematch assuming that he won the May 2 match at the MGM Grand in Las Vegas.

Since it was Mayweather who won on a unanimous decision, talks of a second meeting fizzled out although it is beginning to gain ground anew after it was confirmed that Pacquiao indeed fought with an injured arm.

However, it is not possible that Pacquiao could return by Sept. 12, the day Mayweather said he would fight one last time against a foe yet to be named.

But should Mayweather prevail and raise his record to 49-0—which is very likely—the 38-year-old US fighter will have no choice but to give in to the clamor that he faces Pacquiao again next year, possibly on May 7 to open the brand-new 20,000-capacity MGM-AEG Arena in Las Vegas.

Of course, it is paramount that Pacquiao heals fast and gets past his comeback assignment in late-November for people to demand that Mayweather agrees to a rematch.

Arum said he is aware of Pacquiao’s schedule in the coming weeks, including a trip to Geneva in mid-June to boost the Samahang Basketbol ng Pilipinas bid for the hosting of the 2019 FIBA World Cup.

Once Pacquiao returns from Switzerland, Arum said a doctor is flying to Manila from the US to check on his progress. 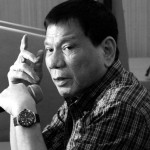